Rated: R (for language and drug use throughout, sexual content and some violence/bloody images)

The King of Staten Island stars Pete Davidson as Scott Carlin, a 24 year od high school dropout who lives with his mother Margie (Tomei) and spends his time branding friends with poorly rendered tattoos, getting high and getting kicked off the property of an abandoned orphanage, where he and his buddies like to shoot hoops. Scott’s father was a firefighter who died 17 years earlier. In addition to continuing to struggle with that loss, Scott has a strained relationship with his mother and his sister Claire (Maude Apatow) and has numerous medical issues such as Chron’s Disease and ADHD. We learn these things about Scott in the first 20 minutes or so of the film, and the remaining two hours find him slowly coming to terms with adulthood, responsibility and the grief over his father’s death. 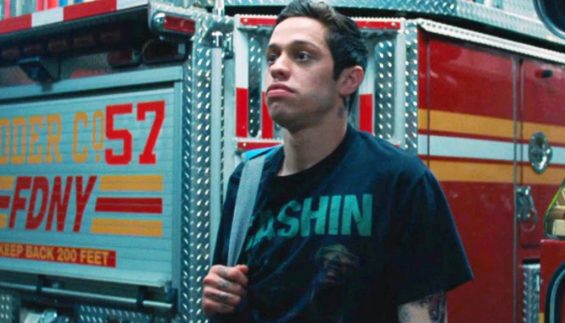 Judd Apatow constantly returns to the theme of late bloomers finally growing up (to varying degrees). At some point, maybe I’ll all get tired of this routine, but as long as he keeps populating this tale with interesting characters in the re-telling, I will be showing up every time. Apatow and co-writers Pete Davidson and Dave Sirus demonstrate through their script that they too have grown up a bit. Sure, there is still plenty of profanity, sexual humor and vomit in this character study, but there are also genuine moments of reflection and growth. This certainly isn’t a film that will win over those who complain that Apatow’s films are too long. The 137 minute run time seems like an intentional middle finger at such critics. Despite everything it does right, the script starts too slow, and there are a couple scenes that should have been removed. One in particular involves Scott assisting his friends with a heist. The scene may provide a couple chuckles, but it’s also a weird tonal shift and has very little impact on the hour that follows.

Those who disliked the pacing in Trainwreck and how little plot that film featured will also be annoyed. I’m not in that group. I am totally on board for two and a half hours of just watching a protagonist try to fight off society’s insistence that they find their place. Of course, we can tell by the way characters and a few plot points are introduced early in the story that Scott will eventually give in and start searching for that place. What’s nice about The King of Staten Island is it doesn’t spoon feed us a tidy resolution the way most major studio backed dramedies would. This is the closest to an indie comedy/drama Apatow has gotten in any of his films, though his body of work shows he has been yearning to do something like this for a long time. At the end, we are left with some ideas of how Scott’s life might unfold after the credits roll, but there’s no concrete happy ending. 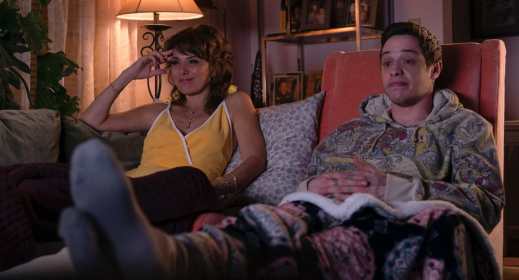 The performances in this film are excellent and make even some of the scenes that should have been cut entirely or trimmed watchable anyway. I must confess I have never liked Davidson on SNL, but he won me over fairly quickly with this performance. Tomei was delightful as always, and Bill Burr succeeds in a role that I won’t say much about, except that he plays a character Scott is very unsure of. Burr’s choices, along with how his character is written, succeed in helping us empathize with Scott’s attitude toward him, even if we don’t always agree with how he channels that attitude. 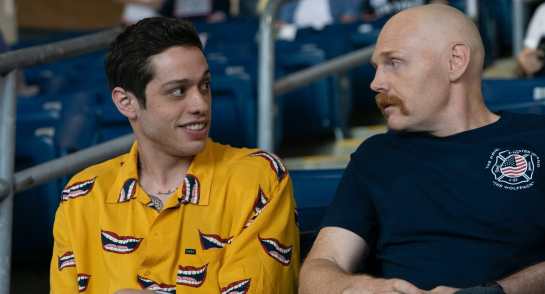 This is a far from a perfect film, and at this point I expect Apatow’s work will always be a little messy and little too long. As with most of his other films though, there’s a core that’s funny, touching and memorable. This time around, it comes with some deeper thought and leaves the Hollywood ending behind. It’s about time.