Skip to content
High Contrast Uncategorized March 29, 2020March 29, 2020
Have you ever found comfort in a story you do not relate to, and that makes you a little bit anxious? My experiences with various adaptations of Emma have always been this way, I know the story and its trappings, and yet I cringe and marvel at our heroine’s flaws and honesty.
I mean, I used to feel these feelings. Clueless is a comforting, nostalgia-drenched treat on days I feel low. Similarly, the BBC four-part series starring Romola Garay and Jonny Lee Miller has become a warm embrace I indulge in frequently. There’s an intoxicating mix of chaos, hilarity, love, and true friendship perfectly distilled in both adaptations.
To those not familiar with the source material, Emma is a book written by Jane Austen, and it features a privileged white girl obsessed with matchmaking, and she’s still extremely likable, because nosy white girls never go out of style. Emma is a young woman who lives with her anxious, hypochondriac father. He worries about everything in the world, and as such, she has lived a sheltered, limited life (hello social distancing).
But his daughter is an extreme reaction to his worries: she is vibrant and friendly and outspoken, ready to dive into excitement. She was born into wealth, master of her own destiny, and knows her value and worth. As such, she speaks her mind proudly, and occasionally wounds less privileged friends with her ill-informed, upper crust opinions. You can probably guess the larks that enfold. 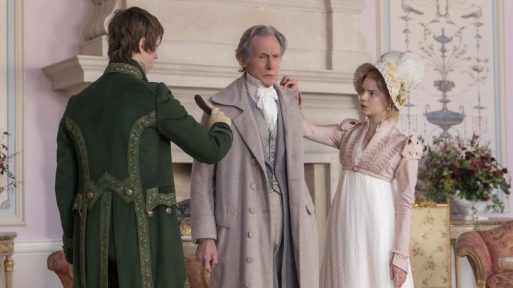 I have personally loved and followed director Autumn de Wilde’s career as a photographer, and you might recall her skillful eye in iconic album covers such as the late Elliott Smith’s “Figure 8.” I have followed her work for over a decade, and was excited to experience her first feature film, hoping to glimpse the vulnerability she captured in modern-day geniuses such as Smith.
To her credit, Emma. is an astounding looking piece of art. The sets, the photography, the costumes, and the cinematography are flawlessly exquisite. This is where de Wilde shines and thrives, and ultimately stops getting full marks. The characters are unapproachable, mediocre, and lack personality. Their interactions are theatrically repugnant, to the point of the film showing Bill Nighy and Johnny Flynn awkwardly engage in a badly choreographed dance of “Shall We Sit or Shall we Stand,” for about 10 seconds of my life that I will never recover. 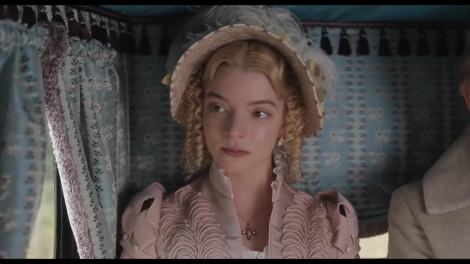 And then there’s the actual Emma. The woman, not the oeuvre. Anya Taylor-Joy is distant and much too quirky for the main lead. I can only remember her quizzical eyebrow reaction to almost everything, and failing to connect to any of her cast mates meaningfully. Taylor-Joy lacks the charisma, and dare I say joy, of a vivacious woman set upon fixing her friends, despite Flynn trying his hardest to create some sort of romantic tension. Joanna Sotomura embodied the perfect Emma for our era in the YouTube series Emma Approved. Perhaps de Wilde should have looked at previous Emmas for inspiration and casting, as Sotomura would have been heavenly in this iteration, and greatly improved the all-white cast.
And as we are discussing casting, let me highlight the primary reason why I spent $20 to rent this film. Miranda Hart. That’s it, she is the reason. If you have not watched her comedy show Miranda, streaming on Hulu, you absolutely should. 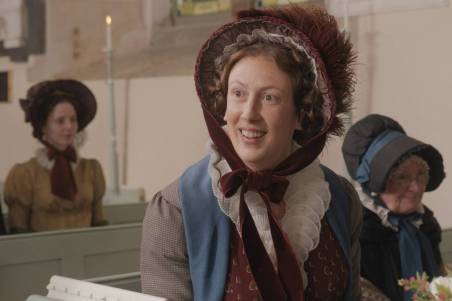 Similarly to de Wilde, I have followed Hart for more than a decade, loving her work and craft. Unlike de Wilde, Hart delivers: she portrays a version of her own sitcom character, an engaging, self-effacing, anxiety-ridden person who cannot help but gossip a little bit at a haberdashery shop, or talk a bit too loudly at church. Hart is the, how shall I say this, ticker for this whole affair. Hart is the magic elixir that brings all of these characters to life, however briefly, while she stands among them. She is the spark in the story and the one thing that will keep you from suing Amazon and asking for your 20 bucks back. It might be silly, and contrived, and too much like old school comedy, but she is the heart of the film.