Hillary was directed by Nanette Burstein and is streaming now on Hulu. The four hour documentary examines the personal and professional life of Hillary Clinton. Beginning with her childhood in Park Ridge, Il and ending with her 2016 presidential election loss to Donald Trump, the film tries to provide a portrait of Clinton that adds more dimension to what we already know about her. It only occasionally succeeds.

The most interesting part of the series is the first half, which explores her activist years as a young adult. Raised in a Republican household, Clinton once became angry at losing a card game and told her father she would grow up and marry a Democrat, just to get back at him. Though she began her college years by supporting Barry Goldwater, she realized she didn’t agree with his views and became a liberal activist. These sections of the documentary aren’t full of revelations, but they are more insightful than what comes later.

Before the end of the first episode, the often awkward structure of the series becomes apparent. The focus shifts at one point from Clinton/s early years to her e-mail server scandal, which she mostly shrugs off as media fueled nonsense. Though she admits she probably could have done a better job answering questions about the issue, there’s very little accountability offered. That sums up the final two hours of the series. A huge chunk of the summer and fall 2016 campaign is skipped over completely. I’ve watched enough Hillary Clinton interviews to know she will never own her lack of campaigning in the northern firewall states, but it’s a discredit to the filmmakers that the subject is never brought up (or if it was, it ended up on the cutting room floor). Also not mentioned is “basket of deplorables.” 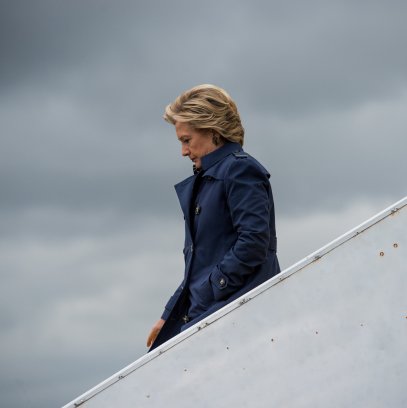 My personal belief is that Clinton absolutely should have beaten Trump, and that it’s shameful so many Americans looked at her and Trump and decided the candidate who made sexist, racist, ableist comments and bragged about sexually assaulting women, was less problematic. It’s also my belief that Clinton’s campaign was terribly managed and made glaring mistakes. Hillary, both the subject and the documentary, rarely make time for meaningful reflection on those mistakes, and as a result this is pretty much “What Happened?” in film form. I felt the same way about the final two hours of Hillary as I did while watching Michael Moore’s Fahrenheit 11/9. Both are mostly just collections of news footage we’ve seen to death.

The 2016 election was full of lessons for everyone. The outcome was a national embarrassment, but if we don’t learn from what happened, someone worse than Trump (hard to imagine, I know) will someday make their way to the White House. Hillary is ultimately too scattershot to hone in on any of those lessons. It gives us it’s subject’s life story, but still from a considerable distance. I don’t feel like I know Hillary Clinton any better after these four hours. To be fair, I voted for her, and I feel like I knew her well enough to have made a decision at the polls I could not only live with, but look back on and be proud of. Yet the filmmakers clearly think we need to know Hillary better. What they were able to get from these interviews doesn’t make that thesis compelling enough to justify these four hours. Hillary might one day be a fascinating watch for younger generations who didn’t live through the past three decades. For those of us who watched this unfold live, it’s the equivalent of sitting through a campaign ad one last time on the first Wednesday in November.

I will never be prouder than I was that day in late 2016, when I got to vote for a woman in a general presidential election. I was at a point where I really wasn’t sure I would ever get to do that in my lifetime. The overwhelming amount of hope and optimism I had in that moment slowly dissipated as we all watched the results role in. I am not going to rehash history because this documentary does enough of that on its own. However, I wanted to be completely honest about the perspective I am writing this review from. I voted for Hillary and I was really looking forward to celebrating my 25th birthday watching her inauguration. Instead, I sat and I cried as our current president took the oath instead of the person who was qualified for the position. I was a Hillary supporter, but I recognize there are mistakes that she made during the campaign. Perhaps the biggest downfall of this series is the fact that she does not own up to those mistakes in a meaningful way. 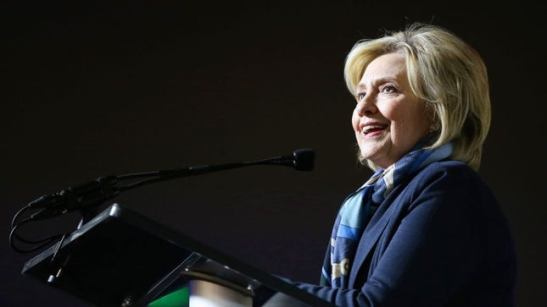 Let’s just start at the beginning though. The first two parts of this series focus on Hillary’s early years in Park Ridge, Illinois, her decision to go to law school, her activism, meeting Bill, and Bill’s eventual gubernatorial and presidential campaigns. There is a different tone and sense of openness that we get from Hillary in these two parts. While it’s a story we have mostly heard before, it is different to hear it from her perspective and to hear from people who knew her during that time. It felt authentic and real which is important since so many people have criticized her for being unemotional, detached, and robotic. The problem though is that that openness and authenticity does not flow into the second half of the series.

One of Hillary’s best friends explained it best on camera when she stated that Hillary is not a person who likes to share her feelings. She is a very private person. We are all entitled to that. However, I feel like if you are participating in a documentary about your life and career, you have to let that go a bit in order to give the viewer a look inside. The third and fourth parts of this docuseries focus on Bill’s scandal and impeachment trial and the 2016 election and eventual loss, but from a surface level.

I did not particularly enjoy how the documentary choose to handle the sex scandal that Bill was engaged in. First of all, this documentary is called Hillary, but the situation is mostly explained from his perspective. I have heard enough of Bill Clinton explaining his side of things. This is one of those moments that may have been difficult for Hillary to talk about, but instead of sharing, she choose to mostly remain silent. While this was all Bill’s doing, Hillary was not blameless in the aftermath. She said some very problematic things about Monica Lewinsky and the other women who accused Bill of similar acts. There is one fleeting moment where Bill acknowledges that he did ruin a young woman’s life. However, Monica deserves more than that. If you would like to hear more from her perspective about how her life has been affected, I highly recommend checking out this interview she did with John Oliver in May 2019.

Beyond all of that, the coverage of the tail end of the 2016 election is also a bit problematic. A choice was made to just use a lot of raw footage from the campaign trail. This helped to put the viewer in the emotional state of the time. However, it did not allow for much analysis of what was going on. It just felt like a retelling of events. Perhaps the most problematic part is that Hillary really never owns up to the mistakes her campaign made. A deliberate choice was made to not visit Midwestern states. That impacted the outcome. While the system as a whole did fail her in some ways, there were decisions made by her campaign that made the situation worse. Discussion of those decisions is brushed aside here.

Honestly, I have very mixed feelings about this documentary. I really enjoyed the first half. The second half though just felt directionless. If they had had a concrete message they were trying to convey about what happened in 2016, I think it would have been more beneficial to the viewer. I think it is important to point out that Hillary is very honest about the publicity mistakes her campaign made when it came to the great email scandal of 2016. She just chose the wrong issue to be completely honest about in my opinion. I don’t think this documentary is a total wash. However, I recommend watching it with your favorite bottle of wine nearby.