Trigger Warning: The Invisible Man deals with domestic violence, suicide and sexual assault. This review features discussion of those issues.

The first great film of 2020 has arrived, and it couldn’t come at a better time. The first two months of this year have been disappointing, so I’m happy to say that tonight I saw a something that exceeded my expectations. This also means Blumhouse is back on my good side, for now at least, which is nice to say after I had to sit through Fantasy Island.

The Invisible Man stars Elisabeth Moss as Cecilia Kass, who in the opening sequence escapes from her controlling and violent husband Adrian Griffin (Oliver Jackson-Cohen). Writer and director Leigh Whannell executes this nerve shredding sequence perfectly. These early frames tell you everything you need to know about the dynamics of this marriage and provide the necessary exposition and foreshadowing the audience needs to be caught up quickly. I was hooked from the moment this scene began until the end credits rolled. 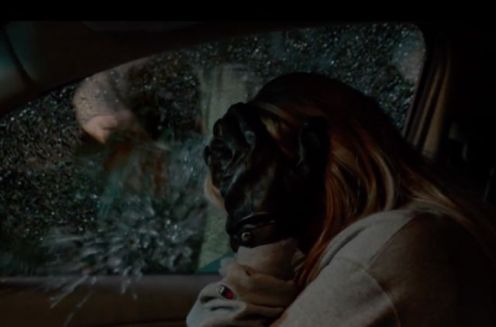 After Cecilia makes her escape, she eventually learns that Adrian, a wealthy scientist, has committed suicide. She begins the process of moving on while staying with friend and detective James Lanier (Aldis Hodge) and his college bound daughter Sydney (Storm Reid). Just as things are starting to look better for Cecilia, mysterious incidents begin occurring in the Lanier house that lead her to believe Adrian may not be dead, but instead has found a way to disappear and torment her.

It has been a long time since I’ve seen the original 1930s version of The Invisible Man, but this is a much darker, #MeToo era update. While this is in many respects a fun and quite scary horror film, it is grounded by the very serious and at times uncomfortable subject matter at its core. Much like Get Out, this is a horror film that features important social commentary, and there are going to be people who just shouldn’t see this. It’s going to be too triggering and too painful for them. To Universal and Blumhouse’s credit, I think the trailer did a good job of alerting people to this content.

Leigh Whannell achieves an impressive balances here in reworking this story to examine how society still fails to listen to women. We witness Adrian abuse Cecilia physically and emotionally, but nothing about the performance, the story or the composition feels exploitative. It helps that Cecilia is not a turned into another horror film trope of victimized woman who makes stupid decision after stupid decision. Instead, she’s always figuring something out, always planning her defense or offense, and often looking out for other people even after they doubt her.

Elisabeth Moss is amazing in this role. I haven’t even gotten over the sting of Lupita Nyong’O being snubbed by the Oscars for her great work in Us last year, and I now have to come to terms with another great horror performance that is going to be overlooked. Moss pulled me in to the anxiety felt by this character and I was on edge for the entire film. That’s saying a lot too, because this concept has the potential to fail badly. When you think about it, many of the action sequences feature characters flailing at the air or trying to stab something unseen. It could look silly. But Moss and Whannell wisely build the tension quite slowly, and not every one of the ways Adrian attacks her is a physical, life and death kind of attack. He goes after her career and her relationships and we start feeling that panic as he tries to control every aspect of her life.

The visual effects do get a little more complex in the third act as hell really breaks loose. There were multiple instances of the audience gasping or jumping, and other moments when the nearly full theater was completely silent as everyone held their breath. I was surprised by just how many times things truly started me, including one moment where my jaw dropped completely. The only complaint I have after the first viewing is that a couple aspects of the ending seemed a little rushed. There were one or two details that I felt needed a little more explanation, but they weren’t big details that would derail the entire plot. 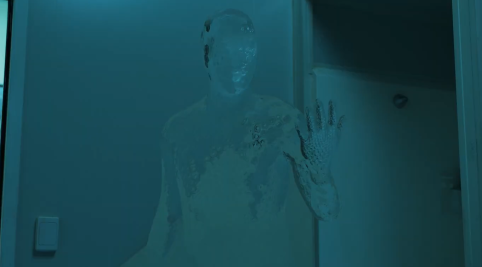 I wasn’t necessarily looking for a remake of The Invisible Man, but I’m glad it happened now, with this script, this cast and this crew. It’s an impeccably crafted horror film that deals with serious issues in a thoughtful way. You’ll leave the theater shaken, but also satisfied.

2 thoughts on ““The Invisible Man” review by Nate Blake”