So it has been a long time since I’ve done one of these, and I apologize because they are always a lot of fun. For those of you who are new to this series, these are reviews of films that are turning 21 this year. If films could consume alcohol, then anything released in 1998 could order a drink at bar. They are young enough though that they would probably be asked to show some I.D.  Last year in this series we looked back on a couple hits from 1997, including Titanic and Men in Black. 1998 was, in my opinion, a much better year in film than 1997. Some notable releases included The Big Lebowski, Saving Private Ryan, American History X, A Bug’s Life and Mulan. I hope to have some posts up about at least some of those films later on this year, but today I’m going to revisit a movie that is very special to me and that I’ve re-watched just about every year since I first saw it.

The Truman Show came out in 1998, but I didn’t see it until January 2003. That’s a good thing. I was only 8 years old when this dramedy was released. This may be a PG rated film, but that doesn’t mean it’s for kids. The subject matter probably wouldn’t have impacted me much or even made any sense at that age. That may not be the case for 8 year olds now whose parents let them watch reality TV or allow them to use iPhones. The latter didn’t exist when I was 8, and the former had not yet gone mainstream the way it would when Survivor premiered two summers later, though audiences were already flocking to their TVs to watch MTV’s Real World and Fox’s Cops.

I have to hand it to screenwriter Andrew Niccol. His script may be formulaic in structure, but it’s also damningly prophetic and asks tough questions about our behavior. That behavior isn’t just limited to television viewing either. The ethical issues surrounding the plot have implications for social media as well the very human weakness that is our need for gossip and entertainment at the expense of others.

I’m getting ahead of myself a bit though. The plot, if you aren’t familiar with it, involves a middle-aged insurance salesperson named Truman Burbank (Jim Carrey) who is bored with his job, his marriage to Meryl (Laura Linney) and his town. He secretly pines for a woman he met briefly many years earlier, but is kept from searching for her and exploring the world by a fear of water, which surrounds the island where he resides. That fear resulted from a traumatic accident in his youth, which also took the life of his father. On his way to work one day, Truman sees a man who resembles his father, and begins to question many other details about his life.

We as the audience are not surprised to find out that Truman is a character in a reality show about his life. It’s implied by the title of the film and the meta-cheesy TV show opening titles that comprise the film’s first sequence. What keeps the film compelling is watching Truman slowly unravel this mystery, and even though we have an idea of where his search will end, we aren’t certain how he will react or what obstacles will be thrown his way. Niccol is inventive, yet never stretches believability too far, in terms of how the network executives cook up ways to keep Truman stuck in this world.

In terms of acting, this is 100% no doubt in my mind Jim Carrey’s best performance. Yes, I have seen Eternal Sunshine of the Spotless Mind and I loved it. That may be in some respects a better film, but this is a better performance. Carrey’s is not the only acting showcase here either. This is probably my favorite Ed Harris performance in a film. If we’re going to include TV, then I think his best performance so far has been on HBO’s Westworld, but that’s material for a future article. Harris won a Golden Globe and was nominated for an Oscar for his portrayal of Christoff. Dennis Hopper was originally cast in the role, but reportedly left during filming due to creative differences.

Earlier I mentioned that The Truman Show is a special film for me, and I need to explain why. Before I popped the rental VHS of this movie into my VCR in January 2003, I already loved movies. But the movies I watched up to that point were, for one thing, G, PG or PG-13. The only R rated movie I had seen was Schindler’s List, and I don’t really even count that as the first time I saw the movie because I watched it for school. It was a history lesson and a powerful one, but I didn’t really experience it as a film until many years later. Watching a three hour movie in several parts over a couple days just isn’t the same experience. Anyway, tangent over. Before January 2003, I hadn’t really watched any films that one would consider awards caliber either, other than some animated movies that were nominated for Oscars like Toy Story and Shrek. My experience with film had consisted of blockbusters, Disney movies and franchises. Watching The Truman Show was the first time I engaged with something that wasn’t driven by fight scenes, songs, slapstick humor and cute animated creatures. It changed the way I watched movies and started my transition over to more adult fare. I would eventually watch things far more experimental, groundbreaking and artsy, but this started me on that journey.

It’s always interesting to re-watch this movie and pick apart what predictions about media and reality TV have come to pass and which things were off. It is also very much a 90s movie. Aside from the existence of this reality show about a man who doesn’t know he’s the star of a reality show, there is very little about what we see presented here that differs from what any middle class American alive in 1998 would have known. The cars, the clothes and the commercials are all delightfully late 90s, but the bland, safe side of late 90s. I think one of the best choices made visually was to have Truman drive a tan Ford Taurus. Is there anything more late-90s middle class bland than a tan Ford Taurus? I’m not knocking the quality of the vehicle-trust me, my family went a lot of places in those cars-but my god did they look ugly and lifeless.

You also get to see Paul Giamatti in one of his early, but nowhere near earliest, performances. He’s just working behind the scenes at the network, eating some pizza. Some really gross looking, clearly re-heated in the microwave pizza. 10 years later Giamatti and Linney would work together in HBO’s John Adams, which I also recommend checking out if you haven’t seen it.

There’s a lot about the plot of the film that I don’t want to get into just in case you haven’t seen it, but there is a scene that is one of the most unsettling I’ve seen in a work of fiction. Even though this is a 21 year old movie, I’m going to say spoiler warning and discuss a pivotal shot from the ending.

The reaction shot of Truman’s face after the bow of his boat crashes into the sky colored wall is just amazing. This is a great example of how knowing something the character doesn’t can occasionally make the revelation more powerful. We spend 90 minutes on the edge of our seat, and occasionally laughing at Truman, on his quest to find out the truth. We know what will be revealed, but the how is so simple and so abrupt. All of his suspicion comes crashing down in just a couple seconds. It’s a sad discovery, and just a couple seconds confirm that everything he knows is fake. It also makes me as the viewer angry, knowing that Truman’s most difficult moment has been manufactured for the profit of others. Everyone, inside the gigantic soundstage and out of it, is culpable. To some degree, they allowed or helped this happen. So while a lot of this film is fun and clever, this scene grounds it, and keeps it relevant in an age where reality entertainment is no longer limited to the television screen, but has expanded to social media. For Truman, these couple minutes of television will be life altering. He’ll be free, yet he’ll always be a celebrity, and not by choice. For the viewers, a show has ended. It’s time to move to the next channel, or the next post, to drop in on someone else’s life and be entertained. 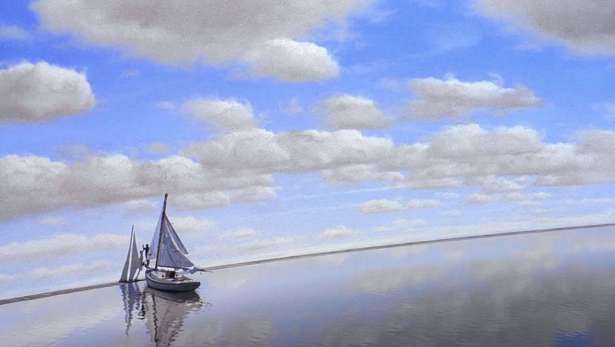 The Truman Show can drink now. It’s smart and thought-provoking. It exhibits a maturity that most studio backed films now lack. Maybe it shouldn’t be carded.

One thought on “Movies That Get Carded Now: “The Truman Show””