Since I’m not a professional critic and I blog about film in my spare time, I don’t get to see as many movies as Peter Travers or Ann Hornaday do. By the time 2018 is over, I’ll have seen somewhere between 50-60 films. Because I do this in my spare time I get to be a little picky. I am not required to go see Venom or Robin Hood if I’m not that interested. I go to see movies because they are generating buzz, or because there is some element of them that has me curious. Sometimes it’s because I like the screenwriter or director. Less often, the choice is based solely on who is acting in a given film. And sometimes, I do make the choice to see a film that I have a feeling will be bad, because I’m curious or because it might be fun to see a bad movie. Anyway, I didn’t see enough really bad movies this year to do a “worst of” list, but I did see quite a few that disappointed me. Here, unranked, are the 10 films that let me down the most in 2018. 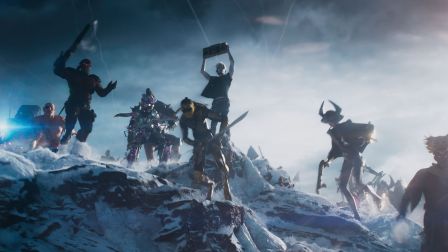 This is one of the worst films of Spielberg’s career. By that, I mean I’d rather watch War Horse once a month for the next decade than ever see this film again. It is a mess. It’s needlessly loud, the action sequences are incoherently shot and the entire thing appears to exist solely because somebody thought we need another nostalgic pop culture mashup.

I’m not saying a film about the 2011 Norway attacks is a bad idea, and some of this film is excellent. I liked when it focused on the families of the victims and the survivors. Too much of the film, however, is about exploring what motivated the man behind the attack. Letting mass shooters be the star of biopics such as this is like rewarding them. Not a bad film but an uneven and misguided one.

The Spy Who Dumped Me 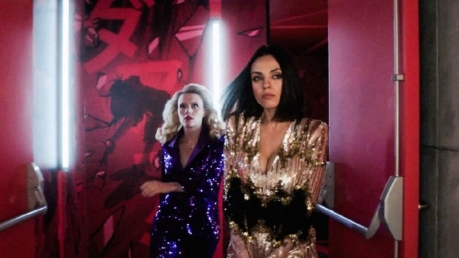 I wasn’t expecting this to be great, but even with my low expectations it still managed to disappoint. Is it so impossible to give Kate McKinnon some funny material? 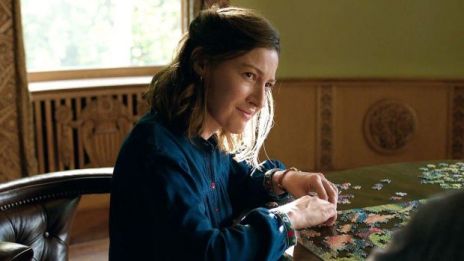 This looked intriguing from the previews. There was opportunity for another version of this film that is quirky and not so one-note. There are so many opportunities that briefly arise for this character study to be more interesting than it is, yet it just sputters from one familiar plot point to the next until it whimpers out in the end.

This film actually has a really interesting screenplay and solid performances by Rachel McAdams and Rachel Weisz, but it’s an example of how oppressively lifeless cinematography can destroy a film. This was so unpleasant to look at that I just couldn’t get into the story.

This was one of the few cases this year of me going to a film that I knew would be bad. I did hope it would at least be bad in an entertaining way, but it was just awful. That’s not the disappointing part. What’s disappointing is that, I know there are people out there who, whether it is because they don’t have the time or the money or for whatever reason, only go to see one or two movies each year. To think that there were some people for whom The Meg was their only trip to the theater this year, is sad. It’s honestly tragic. They deserved a better film. This thing made so much money and it was such a steaming pile of crap. There wasn’t one thing done right in this movie. I know there will be more like it though, because why put in the effort to make something good when you can suck and still get people from around the world to shell out a collective half a billion dollars?

There’s really not much to say about this one, except that it’s a really unfunny and bland Gone Girl rip off that wastes the talents of Oscar nominated actress Anna Kendrick. She was really good in Up in the Air. Why is it she now only ends up in forgettable nonsense like this or Pitch Perfect sequels? 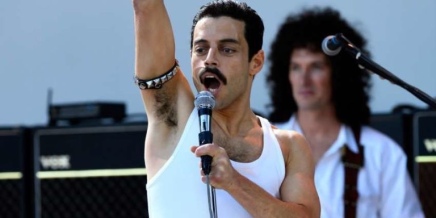 It’s got good music and a solid performance from Rami Malek, but it also distorts a lot of the facts about Queen and Freddie Mercury. It’s a by-the-book biopic about a man who was anything but that.

When I first saw the trailer, part of me worried that it was just going to be a re-working of Driving Miss Daisy. That’s exactly what it is. Exactly.

At the core of Michael Moore’s latest is an important message about participating in democracy and how that means more than just showing up to vote in presidential elections every four year. It means paying attention to politics and social issues at all times. It’s a rallying cry to get involved, and parts of it are incredibly well done. The problem is, Moore is really unfocused this time around. There is a great film within a film here about the Flint water crisis, and a lot of other hit or miss explorations of the 2016 campaign, corruption in the DNC, Trump as a creepy old pervert, Trump as incompetent, Trump colluding with the Russians, etc. I agree with Moore overall, but he doesn’t add much of anything new to the conversation. It’s mostly a compilation of everything anyone who doesn’t rely on Fox News already knew about the past couple years.